For Faculty and Staff 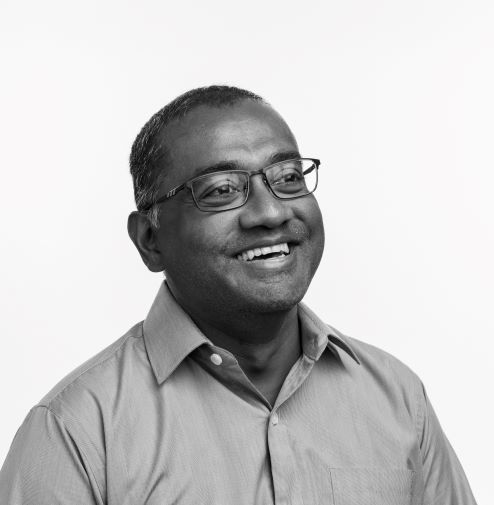 Dr. Nishi Rajakaruna joined Cal Poly in 2017 after teaching botany at College of the Atlantic (ME) and San José State University for 12 years. He is currently an Associate Professor in Botany in the Biological Sciences Department. He earned his B.A. in Human Ecology from College of the Atlantic (ME) and his M.S. and Ph.D. in Botany from the University of British Columbia, Canada. Rajakaruna conducted research in plant ecology at Stanford University as a Natural Sciences and Engineering Research Council of Canada Postdoctoral Fellow. He was a Fulbright Scholar in his homeland Sri Lanka and in India (2016-2017) where he had the pleasure of working with thousands of secondary school and university students, sharing his life experiences as a foreign student in the United States and Canada and giving advice on how best to prepare for higher education opportunities in North America.

Rajakaruna has been the Faculty-in-Residence in the yakʔitʸutʸu residential community since 2018 and is often the first faculty member freshmen and their families meet when they arrive on campus.  With his campus residents he created Plants, Peaks, and Pals Club, for hiking, botany, and natural history enthusiasts, and Camellia Club, a community for tea enthusiasts; both clubs have continued to provide settings for students, now scattered across the country, to interact with each other via regular virtual gatherings and stay connected to the Cal Poly community, even from afar.

He takes great pleasure in getting to know his residents and their families, helping students find their way, and connecting students with other faculty and resources on and off campus. Campus living is nothing new to Rajakaruna—he grew up on university campuses in Sri Lanka and Japan and lived on or near a campus ever since. Rajakaruna notes that campus communities, wherever he has been, have shaped his life. “That is why I live with students and help them shape those communities where they can also thrive.”

Rajakaruna is grateful for all the careful mentoring he has received throughout his academic life and is determined to be there for students who will need guidance along the way, whether it is on classes to take, summer internships, or what to do after Cal Poly. “I wouldn’t be here if not for the caring mentors I’ve had throughout my life. That’s why having a cup of tea with a student will always be a priority of mine.” 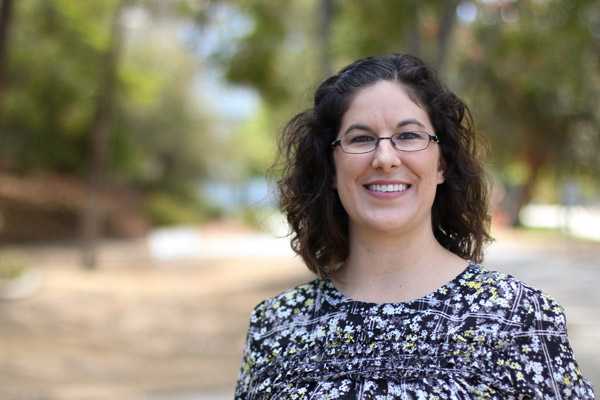 Dr. Kolodziejski’s commitment to student success is clearly articulated in her advising philosophy and in the nominations submitted on her behalf for the faculty advisor award.  According to Dr. Kolodziejski’s advising philosophy, her approach to advising focuses on three guidelines: listen more than talk, don’t wait for a question to be asked, and share the struggle.  These three guidelines are also reflected in the comments provided by her student nominators. One stated that she is “the only professor that has made a profound impact on my experience at Cal Poly”. In addition, another student nominator wrote “she deeply cares for each and every one of her students.”  She has served as an advisor for students’ senior projects, encouraged and mentored students through the law school application process, and provided support for students during times of stress. There are only a few of many examples students shared highlighting her caring and supportive nature.

Dr. Kolodziejski has also served as a volunteer academic coach for the First Year Success program for students on academic probation.  She worked with students from a variety of majors to help them establish goals for success and followed up to see if they are meeting their goals.  The evidence of her dedication to students speaks to how deserving she is of the Outstanding Faculty Advising Award. Congratulations, Dr. Lauren Kolodziejski! 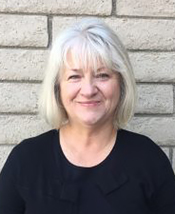 Dr. Kim Sprayberry is an Associate Professor in Animal Science. She earned her B.S. in Physiology and her D.V.M. from University of California, Davis. She is a Board-certified equine internal medicine specialist.

In her own advising philosophy, Dr. Sprayberry discusses her approach to advising. She states, “I try hard to initially put down my pencil and just listen to a student. From that I can begin to understand and appreciate where they’re coming from.” In addition, she states she works together with students “to determine the trajectory they’ll take … not only with regard to the sheer curricular requirements they need to graduate, but also with all the extra- and co-curricular undertakings that will eventually enable them to enter veterinary school or the workforce.” She goes on to state that ”one of the most valuable assets I provide to students is connecting them with my colleagues in private practice all over the world, in the form of internships or shadowing opportunities.”

The nominations from students and fellow faculty highlight Dr. Sprayberry’s commitment to student success, through both academic and professional development. One fellow colleague stated, “Her colleagues appreciate her selfless dedication to student success and the students have repeatedly recognized her as an Outstanding Faculty member in our program. She is very deserving of this award because she invests the time to be sure that she provides accurate, credible and timely advice to her student advisees that not only helps them toward their career goals but also assists them in timely graduation after a very rigorous course of study.” Further, one student nomination noted that Dr. Sprayberry “embodies the Learn by Doing spirit of Cal Poly, and she is an inspiration for all of her students.”

Dr. Elena Keeling is a Professor in Biological Sciences. She received her B.S. from Yale University and her Ph.D. from University of California, San Francisco. She joined the College of Science and Mathematics at Cal Poly in Fall 1996.

Dr. Keeling’s passion for helping students succeed both academically and personally is reflected in the nomination comments and her personal advising philosophy statement. In her personal statement, Dr. Keeling stated “College is an exciting and pivotal time for students, but is also a time of potential vulnerability; I believe in the importance of personal interactions and a sense of community.” Dr. Keeling also participates in various trainings on campus to better support the diverse needs of Cal Poly students. She currently serves as a BEACoN mentor, LSAMP faculty ally, and as a coach for success programs for students on academic probation.

Students and staff alike commented on her approachability, compassion, and strong commitment to student success. One student commented that “Dr. Keeling is one of the best professors that I've had in college. Not only does she want one to succeed academically, but she also wants to get to know each of her students personally.” In addition, another student commented that “she is compassionate and understanding that student's lives are more than just biology, and she always has good advice for us when we don't know what to do. She inspires her students to work hard, be organized, and achieve success.”

Dr. Jenell Navarro is an Assistant Professor in Ethnic Studies. She received her Ph.D. in Cultural Studies from Claremont Graduate University in 2011. She joined the Ethnic Studies department in 2012.

To highlight her commitment to student success, she sees her role as a faculty advisor to “provide guidance and resources to students who are oftentimes rendered invisible by institutions of higher education. It is my goal to not only assist these students in navigating the university and their courses, but also to affirm for these students that they are scholars in their own right with significant contributions to bring to the campus.”  She fosters students’ professional growth through the Cal Poly Learn by Doing motto. The last couple of years Dr. Navarro has encouraged her students to attend the National Association of Chicana/o Studies Annual Conference, mentoring students to write their own research papers and present at future conferences.

Students commented that she has helped them “get into graduate school, encouraging us to strive for higher learning and changing the face of what our education system looks like.” In addition, another student nominator stated that a “significant number of students would not be at this institution if it was not for her work. We at this institution are privileged to have her here.”

Through helping her students build “real world” skills, she offers many opportunities for them through research and industrial collaboration. Her advising philosophy includes involving students with a range of backgrounds and experience levels, and recognizing students’ achievements and contributions. Dr. Cardinal has also advised Allan Hancock students in her labs over the summers.

Students commented that “she is extremely accessible, hosting ample office hours and responding promptly to each and every email.” In addition, “she is very personable and seems to really know every student she has taught.” Dr. Cardinal states that “it is a great privilege for me to get to work with so many great students through different capacities!”